Beyond the Brotherhood: The Pre-Raphaelite Legacy 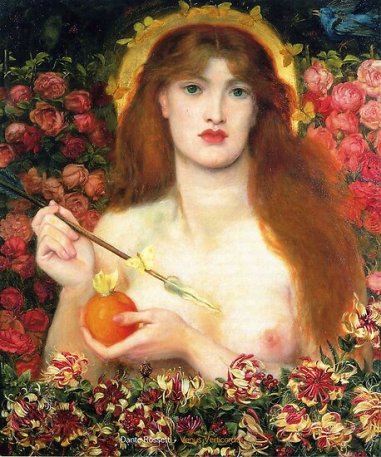 It seems a long time since we could travel to visit exhibitions, but two months ago I was able to attend the opening event for the ‘Beyond the Brotherhood’ exhibition at the Russell-Cotes Art Gallery and Museum in Bournemouth. After a crazy couple of months, I have been revisiting it via the excellent catalogue, which I highly recommend. Exhibitions of Pre-Raphaelite works often try to take a new or unusual angle, and the focus of this exhibition is to move beyond the expected works and artists to look at the legacy of the PRB. The exhibition offered some interesting juxtapositions, hanging in proximity works which might not have sprung to mind, but the effect – also from the catalogue – is to bring out certain aspects of Pre-Raphaelitism in a fresh way. 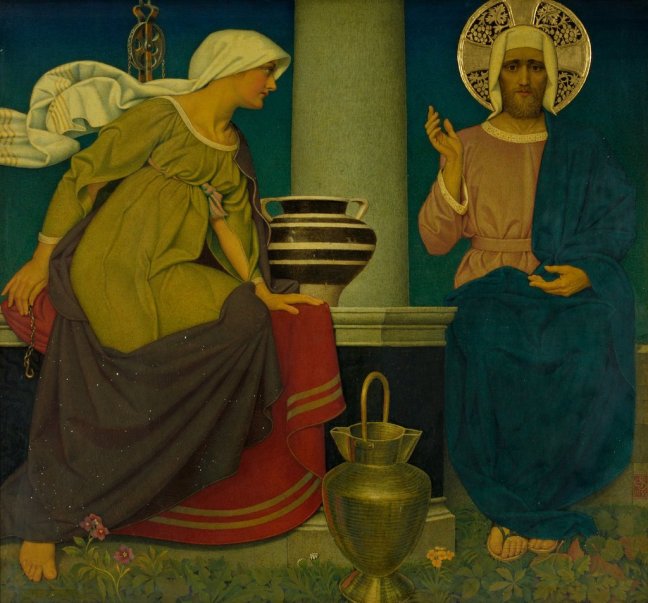 ‘Pre-Raphaelite’ is a term now loosely used to indicate aspects of any work of art – attention to pictorial detail, ‘truth to nature’, women with flowing hair, knights and maidens, etc. I’m not a purist and don’t think that the term should only be applied to those nineteenth-century painters who were officially part of, or affiliated to, the PRB; it was always a loose movement, but on the other hand, more precision and justification is often needed, and this ambitious exhibition offers this.

The catalogue’s introduction, by the curator Anne Anderson, indicates the diffusion of

Pre-Raphaelite ideals in art from 1848 through to the twentieth and twenty first century, acknowledging the changes in fashion and aesthetic thought which have affected the popularity of this style of work. A core aspect of the exhibition is how ‘symbolism began to evolve into fantasy’, so that the modern inheritors of the Pre-Raphaelite tradition include not only the Brotherhood of Ruralists with their focus on nature and myth as well as traditional drawing and narrative approaches, but the artists of modern fantasy works, particularly the work of Alan Lee.

The exhibition’s approach – based largely on the collections of the Russell Cotes and Southampton Art Gallery – juxtaposed paintings such as Madonna and Child by Bonsignori with Joseph Southall’s At the Well of Samaria, making comparisons in colour, structure and minute detail particularly significant. It’s rare to see such early paintings as the 15th century Bonsignori in Pre-Raphaelite exhibitions, but it serves it purpose by indicating what the Brotherhood admired and emulated. The exhibition runs roughly chronologically, but one of the unexpected pleasures is that the layout means that there are some moments when the 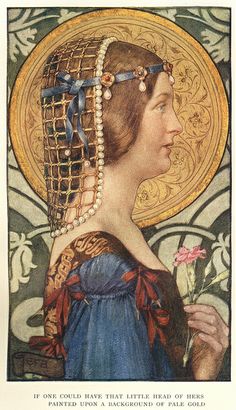 paintings around you are from very different periods and artists and you find yourself moving from, say, Frank Cadogan Cooper’s Vanity to the Brotherhood of Ruralists’ mildly surreal approach in, say, David Inshaw’s River Bank (Ophelia).

The central focus, cover image and big draw was the Russell-Cotes’ own Rossetti, Venus Verticordia, which grabs attention and flaunts itself delightfully. But I was pleased to see there were some women artists were represented, included Eleanor Fortescue Brickdale, If One Could Have that Little Head of Hers, which provides a remarkable contrast to the Rossetti; Ann Arnold of the Ruralists, Isabel Florrie Saul, and Anna Alma-Tadema, among others, although as always, unavoidably more women appeared as models than as artists.

The twenty-first century legacy of the PRB was represented particularly by the work of Alan Lee, with his illustrations for The Lord of the Rings and The Mabinogion, and Brian Froud. Anderson argues that their works of fantasy illustration, perhaps somewhat out of step with their contemporaries, instead owe much to their Pre-Raphaelite legacy. Their works are indeed part historic, part mythic, and yet somehow contemporary as well. Their detailed natural backdrops, elongated lines and subject matter recall Pre-Raphaelitism while their use of muted colour does not, but the influence is clear to see.

As Anderson points out in the catalogue, Pre-Raphaelitism, out of favour for so much of the twentieth century, has been rehabilitated as a historical school of art, and its place is perhaps all the more secure because of its descendants, the inheritors of a Pre-Raphaelite tradition which shows no signs of dying out.