The Nutcracker always feels like the start of Christmas. Nothing can get me feeling festive like the wonderful party scene, the children, the toys, the amazing tree…and then

the fairytale feeling of the second act. No matter how many times I see this ballet, I always love it. Birmingham Royal Ballet’s production, as ever, fulfils all those requirements and more. Sir Peter Wright’s production is a festive pleasure from start to finish. The set is high Victorian with rich colours, a staircase and glimpse of a further room beyond which provides the perfect setting for the opening party scenes. The children’s dances were beautifully executed and provoke ahhhs from the audience, while Drosselmeyer with his toys and his conjuring tricks are captivating without being corny.

Rachele Pizzolla as Clara is perfect for the part, with wide-eyed wonder and innocence, thrilled by the Christmas festivities, while her younger brother, Fritz (Joseph Burdett) is 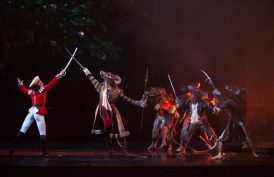 pleasingly naughty. This cosy domesticity is replaced with a different Christmassy feeling with the darker scenes after the party has ended, as the rats and soldiers fight, and the Snow Fairy (Yaoqian Shang) and her snowflakes herald the end of the first act and another shift of tone, this time to the calm, twilit magic of softly falling snow, before the second, to the beautiful choral accompaniment of Ex Cathedra’s Academies of Vocal Music. 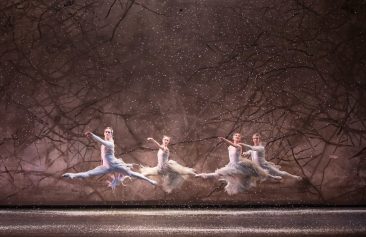 act, beginning the fairytale of the fantasy world which Drossemeyer shares with Clara, before the threat of the Rat King is despatched. Clara and her Prince (Lachlan Monaghan) see the variations from around the world, and of course the Sugar Plum Fairy (Maureya Lebowitz) perform their spectacular and immaculately executed dances, before Clara is returned by her Prince to the Christmas tree in her own house.

Birmingham Royal Ballet have, as ever, done an excellent job of creating magic which does not tarnish; no one could get bored of this Nutcracker as an intrinsic part of the journey towards Christmas. The high production values, delightful set and mesmerising dance make it a wonderful experience; I haven’t got a bad word to say about it. Everyone left with a smile on their faces. 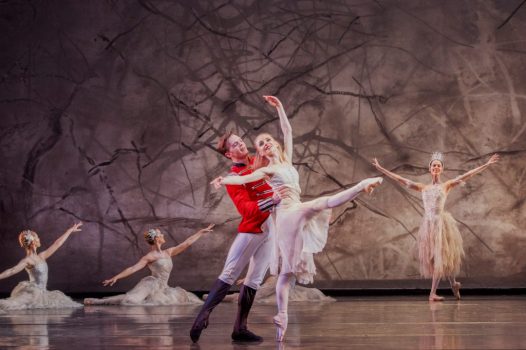