It feels as though the Pre-Raphaelite women are getting some recognition these days, 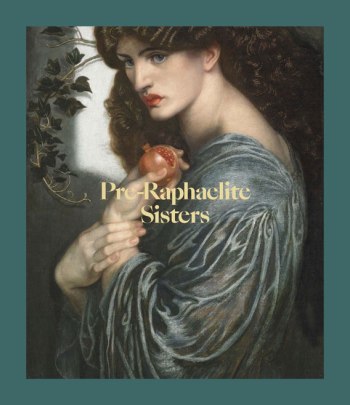 both inside and outside academia. It’s wonderful to see so much enthusiasm for women who have historically been little more than a footnote in art history. In the Pre-Raphaelite Sisters exhibition at the National Portrait Gallery, curated by Dr Jan Marsh and supported by a range of interesting events, my first thought was that it’s quite satisfying to see the men, the Pre-Raphaelite Brotherhood, relegated to a single room of photos, with some text to explain who they were. 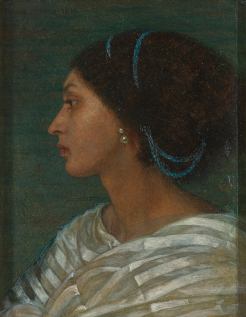 artists in their own right, craftswomen, writers, as well as wives and mothers. They supported the men of the Brotherhood whilst pursuing their own creative positions, and this exhibition rightly recognises that. Consequently, there are works on display which I’ve never seen before, such as ‘Death and the Lady’, an ink drawing by Georgiana Burne-Jones. It’s also refreshing to see a reassessment of Fanny Eaton, who sat for several Pre-Raphaelite artists, and offers a way into thinking about ethnicity in the work of the Pre-Raphaelites. It’s also  lovely to see Christina Rossetti’s sketch of her mother: these rarely seen or noticed aspects of the Pre-Raphaelite sisters reminds us that these women had aspirations and talent of their own, which is too often hidden by the more showy work of the Brotherhood.

Yet there is no getting away from it: Pre-Raphaelitism was, and remains, a masculine movement. There are more portraits of the women by men than there are works by women (although it is a particular pleasure to see portraits of women by women, such as Rebecca Solomon’s The Young Teacher including Fanny Eaton as model, or Julia Margaret Cameron’s portrait of Marie Spartali Stillman). Although each woman has a separate 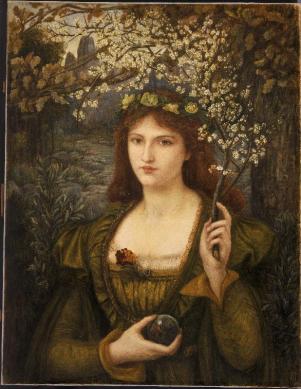 room or section, the links between them and their mutual portraits indicate a sense in which the Pre-Raphaelite Sisters created their own network of mutual support. And some of these women would not have had the opportunity to develop their own creative work without their association with the Brotherhood – Elizabeth Siddall and Jane Morris are two particularly powerful examples of this – and there is a sense as one moves through the exhibition that as time passes the women become more independent: Marie Spartali Stillman apparently painted over her baby’s head, while Evelyn de Morgan’s enthusiasm and seriousness allowed her to construct a career parallel to that of her husband.

The catalogue is a thing of beauty, and well worth the money for the lavish reproductions which bring together the essence of Pre-Raphaelite womanhood. I use that 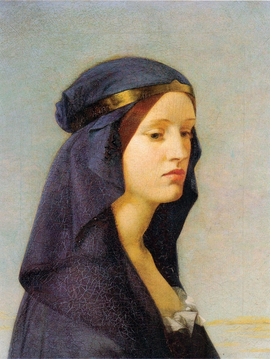 word advisedly: this is very often women constructed by the male painter, and there is no getting away from that. But these complexities are acknowledged, especially in the final catalogue essay by Alison Smith, and not brushed under the carpet. The Pre-Raphaelite Sisters knew and acknowledged the frequent difficulties of their position themselves, of course, in letters and reported comments, and most famously in Christina Rossetti’s poem ‘In an Artist’s Studio’ and Elizabeth Siddall’s poem ‘My Ladys Soul’. To walk around the exhibition or to flick through the catalogue means to see the same, or similar, faces and expressions, poses and costumes, but to examine women’s depictions of women side-by-side with the men’s uncovers a difference of approach: a different focus, a different look in the models’ eyes, a different way of depicting women’s bodies. We can’t separate the ‘sisters’ from the ‘brothers’: they are mutually dependent, but we can look carefully at their art and notice how the women had increased opportunities to develop their talent, and seized them and used them as best they could.