Childhood Reading, or, My Life in Books 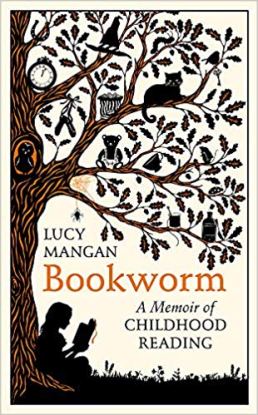 I recently read Bookworm: A Memoir of Childhood Reading by Lucy Mangan. I, like Mangan, spent most of my childhood reading (though unlike her I did go outside sometimes) and I very much enjoyed being reminded of some wonderful books I had forgotten, especially as my son is reaching the age where he is asking for more and more books. It’s always enlightening to find out what people read as a child; I judge people by it, because formative reading is so telling about character, which is the implicit point of Mangan’s book. She makes some very good points about what we learn, as children, about the world when we read: how much we can discover and use to fortify ourselves against an uncomfortable and difficult world, just by reading fiction. Like me, she disliked books which were obviously didactic, and yet she demonstrates beautifully how the imaginative leaps that books force us to make, into past times, different worlds, new experiences and alternative worldviews, shape us, making us empathetic and understanding in different ways. And they keep children out of mischief.

As an only child with no pets, grandparents, TV or computer, I read a lot – and that was a very privileged position. I read very little published after I was born, though; most of my books were pre-1960. What I didn’t share with Mangan was her desire to simply lose

herself in a book: for me, the story was never enough – I had to live it. There are probably people out there still scarred by my attempts to be Just William (unlike Mangan again, I had no problem accepting that an 11 year-old girl in the 1980s could have exactly the same adventures as an 11 year-old boy in the 1920s; like her, I saved up Christmas and birthday money for them). I continued every story in my head, with myself as the main character; I was someone different every day (to an extent I think I still do this). Watching my son immersed in a book – sometimes the very copies which I read – gives me huge pleasure, as I watch him embark on a lifetime of reading. I was pleased to read her thoughts on the value of childhood rereading, too – as adults we rarely do this, but as children (and as university lecturers…) we reread to assimilate different aspects of the book, to understand it better and make it part of us. 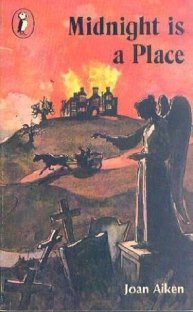 Of course my views are not the same as Mangan’s – though our tastes overlap in many places, and I am keen to return to some which she speaks glowingly of (Antonia Forest’s school stories, and oh! Joan Aiken, Midnight is a Place and The Wolves of Willoughby Chase!) I entirely agree with her resistance to talking animals – and yet, Paddington? I suppose I never really thought of him as an animal, simply a small human-type creature who made me laugh more than anything I’ve ever read. And Brambly Hedge (to which I trace my adult obsessions with jam, store-cupboards and secret passages). The characterful bear, Mary Plain doesn’t ever get a mention in discussions of children’s books, but I was introduced to them by an aunt and loved them (though was saddened by the unabashed (of its time) racism in one particular book). A lifetime passion for ballet meant I have read Lorna Hill’s Wells books countless times, along with everything Noel Streatfield ever wrote. Yet I never really found Roald Dahl or Judy Blume particularly interesting. Another favourite was a wonderful book of stories about King Arthur. There are so many retellings but for me this is where my inter 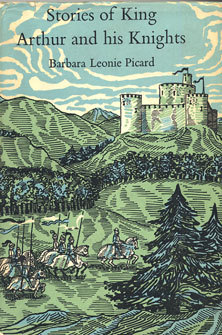 est started and was thus definitive. In fact it wasn’t even mine – I used to quietly take it from Dad’s bookshelf before I went to bed, returning it the next day. I have now quietly purloined it from my parents’ house; I just had to have that copy.

It strikes me how the internet has changed reading, too: not in the obvious ways, with e-readers, but as Mangan recalls her search for books by favourite authors, tracking them through friends, libraries and bookshops, I recall doing the same. Now, if I want to know what else someone wrote I just look them up online, and if my son enjoys a book I can get the sequel delivered the next day. And yet the thrill of the chase, and the absolute ecstasy of finding a book you hadn’t yet read, is absent now.

I could continue for pages about my favourite books in childhood; I won’t. But reading Mangan’s book has reminded me of two things: that reading shapes, changes, alters your life for the better; and that one is never too old to reread children’s books. I’ve just given my son my precious copy of Boys and Girls in History, and I think tonight I shall borrow it back again…

Which book(s) shaped your childhood?