This week at BCU we had a visit from the Sonnet Man, aka Devon Glover, a New York based rapper who performs Shakespeare in his own unique way. Sonnet Man’s approach is to perform some of Shakespeare’s sonnets as hip hop, with backing tracks, to demonstrate how amazingly flexible the sonnets are, and how well they work in performance; he uses Shakespeare’s own words, but follows this with a ‘breakdown’, which summarises the sonnet in his own words, perhaps picking up particular relevance – to emotions, to everyday lives – which might appeal to his audience. It’s fascinating: Sonnet Man’s performance really is Shakespeare as you’ve never heard him; the brilliance of the simple iambic pentameter, the punch of the alliteration and rhyme, really comes out in this approach. The way in which music, rhythm, poetry and emotions work in the sonnets is very clear. (I have to confess, though, that I’m probably not his target audience, and probably didn’t enjoy it quite as much as some of our students!) 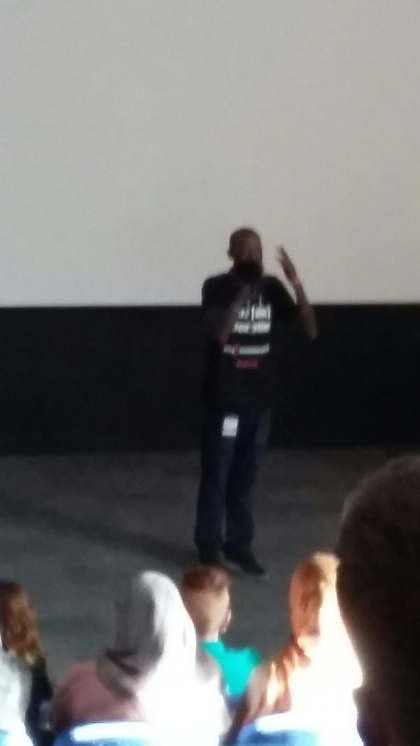 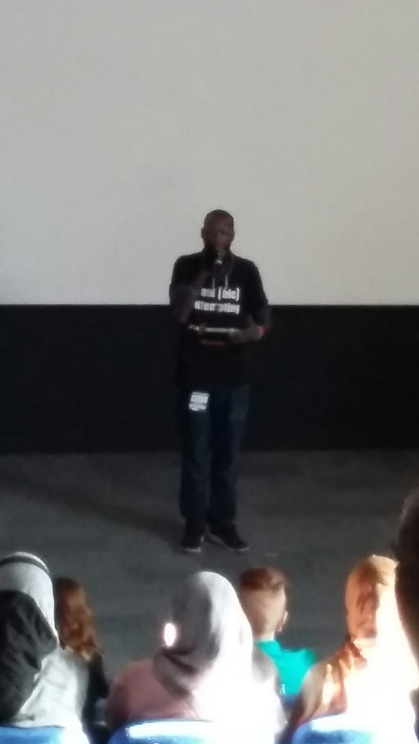 I was interested by the way Devon Glover weaves in his life story – from Brooklyn, looking for a way to better his life through education – as a way to tell the stories of the sonnets. Initially he struggled with Shakespeare, he says, until suddenly it all came to him – through rapping. (Apparently he also teaches maths this way). The way he meshes the apparently opposing cultures of hip hop and Shakespeare is inspiring, and I can see how this would appeal to a lot of people who might not ‘get’ Shakespeare otherwise (though I’m afraid it hasn’t really worked the other way round and converted me to rap), but the performance of Sonnet 17, for example, as a spur to believing in yourself and your own abilities, is bound to inspire. From unsuccessful love affairs to death to academic achievement, Sonnet Man covers it all, and very well; it feels real, somehow, not contrived (‘updated’ performances of Shakespeare can often be rather embarrassing), and I saw its appeal even if I didn’t really feel it myself. Devon Glover makes a great case for the universality of Shakespeare, ripping it away from its middle-class, middle-aged, white British, RP-speaking enclave, and I liked that.

One of my favourite pieces was Hip Hop Hamlet – watch it here: