Victoria, the Victorians and us 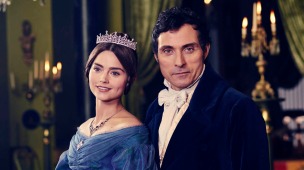 I often have conflicted views about books and TV programmes which deal with real historical figures. There are so many questions surrounding how we react and respond to history, how we filter it through the lens of modern thought, which problematises the narrative. These questions came up quite a lot at the recent British Association for Victorian Studies conference . The topic was ‘Consuming (the) Victorians’, and many of the papers addressed how we, as consumers – academics, writers, critics, and also readers and viewers – ‘consume’ the nineteenth century. The plenary panel began with this concept, as Professor Valerie Sanders asked why we seem to want to make the Victorians seem more like us. With reference to ‘Victoria’ the new ITV series on the early years of Queen Victoria’s reign, Sanders asked us to question whether our approach to popular historical dramas is a help or a hindrance. It’s a good question: no historical retelling is unmediated – there is no such thing as ‘pure’ history, and approaches to the narratives tell us more about us than about them. (For example, Cora Kaplan and G.B. Tennyson both pointed out that the search for hidden sexual innuendo in Christina Rossetti’s poems reflects more on the critic than the poet). This is true of ‘Victoria’, I think. Articles on the series have pointed out that this is an attempt to rehabilitate or recover Victoria from the ‘We are not amused’ image we have of her. Far from being obsessed with covering piano legs with tablecloths (an image passed on to us by Moderns such as Virginia Woolf and Lytton Strachey, rebelling against their stifling Victorian childhoods), Victoria was a child of the Regency, familiar with vice. This much is true, though her very quiet and isolated childhood implies she was hardly on first-name terms with debauched rakes, but certainly she was more cheerful than popular views have led us to believe (see here for hilarious tales of Victoria). 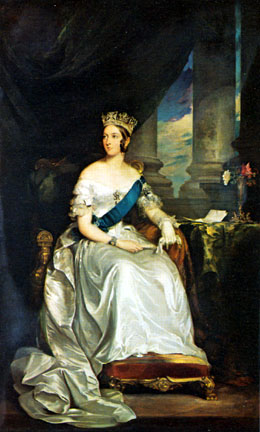 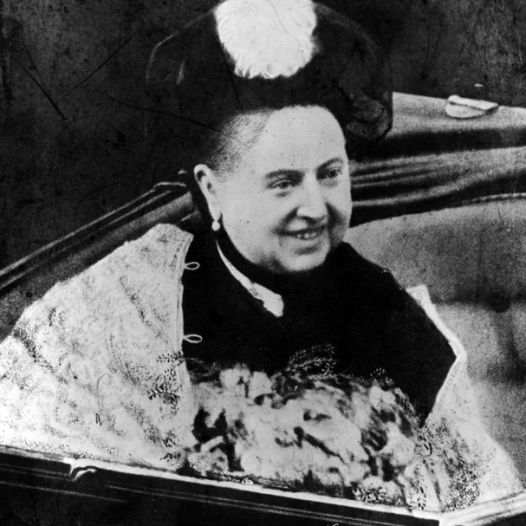 Television such as ‘Victoria’ is trying to make the dour, older woman of our collective imagination more approachable. The young Victoria is played by Jenna Coleman, young, pretty and well-known; she creates a character who is impulsive, stubborn, fighting with her mother, perhaps slightly drunk on the power she has suddenly been given, falling in love with attractive, unsuitable men (like many teenage girls), and demonstrating a gratifying desire to undermine harsh treatment of the Chartists. Coleman’s hair is also artfully arranged just as the image above left. She looks the part – if prettier – but she is shaped by modern culture. Sanders asked if we like the Victorians more when they seem more like us, and I think that’s the point: for example, Victoria wasn’t that interested in the poor, and not particularly sympathetic to the fate of the Chartists (it was Lord Melbourne whose intervention caused them to be deported rather than executed for treason), but liberal values are important in our society, so the introduction of this element provides an opportunity to show Victoria as relatable. I’m glad the Chartists do feature; they are a significant part of British history, all too often overlooked, though the way in which her dresser brought their fate to her attention, allowing the benevolent monarch to intervene, does have distinct echoes of ‘Downton Abbey’. The introduction of the ‘downstairs’ element has this effect throughout, in fact; I don’t dislike it (in fact I applaud the way in which modern TV and fiction, like academic work, has taken more interest in narratives of working class lives recently) but it does sometimes feel a bit irrelevant or even patronising.

A similar approach is taken in Victoria’s relationships. Personally I doubt she had quite such romantic feelings for Lord Melbourne (who was distinctly less attractive than Rufus Sewell with his magnetic cheekbones), but she certainly didn’t offer him an almost-proposal, and while it makes good TV, it doesn’t reflect history. Does that matter? I rather think it does, but probably only to purists like me. Of course it’s a fictionalised story – it’s TV, it’s entertainment; the ‘truth’, if we could uncover it, would be far less entertaining (and I am entertained by ‘Victoria’). Instead, we are presented with a burden of emotion in every scene, and never allowed to forget that she is both an impulsive young woman, and a queen. I think this is because, as we are so frequently reminded, human nature never changes, so of course the Victorians are like us. This is something of a fallacy: emotions such as love, anger, jealousy etc might have been the staple diet of literature for hundreds of years, but the way in which we express them, and indeed the way in which we feel them, is subject to change dependent on the society in which we live. But because we want to understand the Victorians, we make them more like us, and this means that we have to fictionalise, turning Victoria into a consumer item neatly packaged for 21st century audiences who probably don’t know much about her.

Academics are encouraged to find ‘relevance’ (a term I dislike) in everything we do. How do we make the past seem ‘relevant’ to students; how do we find ‘relevance’ in Queen Victoria for TV audiences? One way is to suggest that issues we see on our screens are played out in other contemporary arenas. Valerie Sanders mentioned an article in the Telegraph by Kate Maltby which suggests that, despite rhetoric suggesting Theresa May can be likened to Elizabeth I, in fact she is more akin to a young Victoria:

the surprising brutality of Theresa May’s approach to Team Cameron – sacking men like Dominic Raab, Nick Boles and Ed Vaizey, for the crime of friendship with Gove or Osborne – recalls a different young queen. Victoria has a softer image than Elizabeth Tudor, but viewers of ITV’s current hit series … will know her reign started with a ruthless purge.  Sir John Conroy, the disciplinarian who had run her household, was dismissed, and she moved him, together with her own hated mother, to distant rooms in Buckingham Palace. Her refusal to compromise over the Bedchamber Crisis finds echo in the ruthlessness with which May has not accepted even a few token enemies in her Cabinet. Victoria quite enjoyed Swiss holidays, too.

As a woman in power, and one who clearly enjoyed the exercise of that power, both Victoria and May provide subjects for debate; we haven’t had many queens, and even fewer female Prime Ministers. The series is timely for raising this question of how a woman can rule, and one suspects the general confidence in Victoria as queen was only slightly lower than that in May as Prime Minister (based on her gender, not views of her politics). ‘Victoria’ suggests that naturally she was a good queen: she might have been impulsive, scared of rats and prone to falling for her Prime Minister, but she was pretty, soft-hearted and prepared to defy those who want to control her. In many ways I think Victoria was a fairly good queen, but ‘Victoria’ is setting her up to be effective only because she has gendered traits which make her recognisable and likeable to modern viewers.

We make the Victorians more like us, then, in order to imply lessons from history; to make the past sexy, if not educational, and also to entertain us. The vast differences between us and them are easily overlooked in the name of entertainment, and perhaps that isn’t too bad, as long as people aren’t simply learning their history lessons from TV. There are, after all, many ways in which the Victorians were like us: they were concerned, albeit in different ways, about the environment, about education, about poverty, health and living conditions; and also about their clothes, their relationships, and more personal aspects. We just can’t assume that this was the same as the way we think about such things, though, and while we might feel closer to the nineteenth century for watching ‘Victoria’, this is an illusion. We need, and enjoy, stories, but narratives constructed for entertainment are just that, not history. 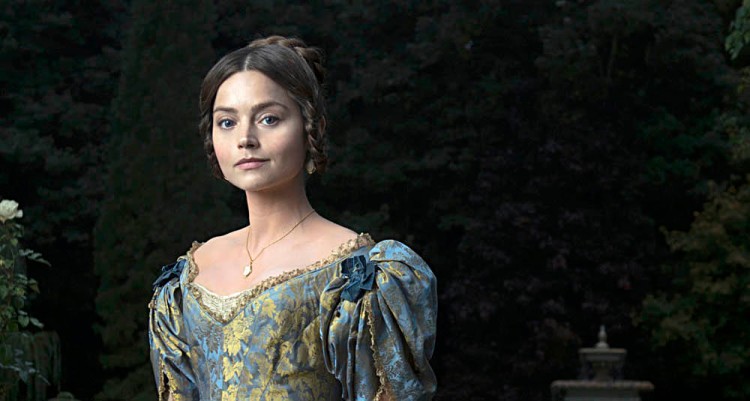 From Mammoth Screen Victoria on ITV Pictured: Queen Victoria [Jenna Coleman]. This photograph is (C) ITV and can only be reproduced for editorial purposes directly in connection with the programme or event mentioned above or ITV plc. Once made available by ITV plc Picture Desk, this photograph can be reproduced once only up until the transmission [TX] date and no reproduction fee will be charged. Any subsequent usage may incur a fee. This photograph must not be manipulated [excluding basic cropping] in a manner which alters the visual appearance of the person photographed deemed detrimental or inappropriate by ITV plc Picture Desk. This photograph must not be syndicated to any other company, publication or website, or permanently archived, without the express written permission of ITV Plc Picture Desk. Full Terms and conditions are available on the website http://www.itvpictures.com For further information please contact: patrick.smith@itv.com / 0207 157 3044 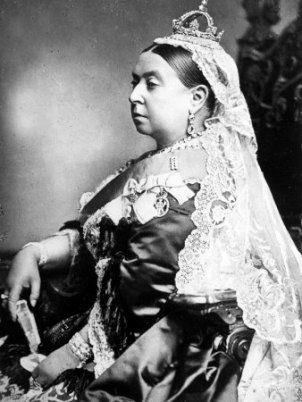