It has been pointed out to me that I haven’t blogged for quite a while now. There are good reasons for this; most of them involv

e working. I last blogged before term started, in September, and lectures finish this week, so I’m back again. When I started my academic career, I wasn’t sure about the whole teaching thing. I wanted to research and write, and I found teaching a distraction, and not one which I particularly enjoyed some of the time. I suspect this is a common problem. Now, with a permanent job and a range of modules to teach, from first year introductions to prose and poetry to gender and literature and literature and psychology, I’m busier with my teaching than ever. I’m also developing a new module on Gothic literature. And, to my surprise, I’m really enjoying it all. Over the last few years, I’ve got to know some of my students quite well. I’ve had the opportunity to involve them in my research, to work on projects with them, and to see how they develop as they progress through their degree.
I’ve also found a range of ways to bring my own research interests into my lectures, and there are ways in which my teaching has influenced the direction my work has taken (including the development of The Virtual Theorist). Moreover, I have really enjoyed revisiting books I hadn’t read for years, and discussing them in seminars. To the Lighthouse has been a particular pleasure, for me and for some of my students (though I get the impression it was a bit of a headache for others!), as was Affinity. Sometimes a fresh perspective from a student can help me to see a book in a whole new light, and often makes me wish I was able to reset my mind and read a book as if it was the first time, wit 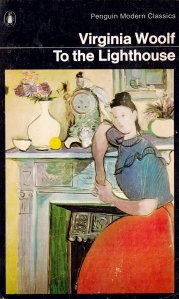 hout preconceptions and a burden of ideas.
Teaching Victorian Literature and Psychology has been mostly delightful. Though it is a subject which deals with a lot of obscure psychological texts (mostly available on Google Books, thank goodness), students seem to enjoy looking at how mental illnesses were diagnosed and treated, and how psychological ideas, widely disseminated in eclectic Victorian culture, appear in a variety of forms in the literature of the period. One of my research interests is lunatic asylums in the nineteenth century, which has proved very useful for this module, and I hope that my enthusiasm for the subject has been communicated to my students. We’ve had some great discussions, including the idea that women’s mental health is improved by pregnancy, which ‘excites the ovaries’, and that too much studying makes your feet cold. The essays ask students to use psychological narratives of the period to explore psychological aspects of the texts we study, including Villette, The Turn of the Screw, Crime and Punishment and Edgar Allan Poe’s stories, and it’s fascinating to see the creative leaps and imaginative thought processes behind the work produced. So while I have been absent from blogging, I have been busy, and happy.