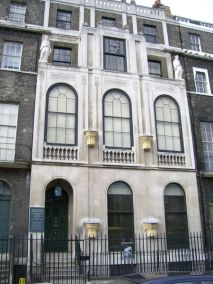 If you have never been to the Sir John Soane Museum in London, do go. It’s free, full of fascinating objects, and well worth a visit. Soane (1753-1837) was an architect whose life was devoted to collecting objets for his house in Lincoln’s Inn Fields, and this house is open to the public so that his collection of antiquities, from pieces of statuary to paintings via many, many other objects, can be seen. Of course, there is so much there that it is difficult to take it all in during one visit, so initially I focused on Soane’s collection of pictures, including a Turner, several Hogarths, and a very Gothic Fuseli, as well as many architectural images. The Fuseli gives a hint of the interest in Gothic which Soane’s house shows: I was fascinated by the ‘Monk’s  Parlour’ and the ‘Monk’s Cell’. It seems that Soane created an ima 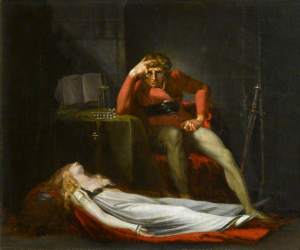 ginary Monk, ‘Padre Giovanni’ (presumably a pun on his own name, John), and designed his gloomy, mock-Gothic parlour for this imaginary creature. The Monk’s tomb is supposedly outside in the Yard, though with the words ‘Alas, poor Fanny’ over it: Mrs Soane’s lapdog is buried there. 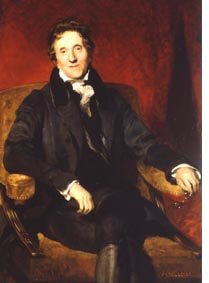 The guidebook suggests that this character was partly due to Soane’s desire to parody Gothic, but also a reflection of his own sense of isolation. Significantly, the guidebook says that:

‘His design was intended to stimulate a sense of melancholy by its use of a restricted space, dark colours and the “cathedral-like effect” of stained glass. Soane believed the Gothic style could teach a modern architect how to create atmospheric effects of light and space but he disliked the “irregular whimsicality of form and capricious disposition” of Gothic ornamentation.’

One wonders how much he knew about Horace Walpole and Strawberry Hill.  Though Walpole was earlier (1717-17 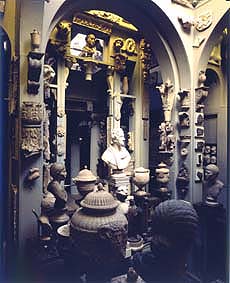 97), they might even have met or known each other (I am looking out for information on this), but it seems highly unlikely that Soane was not influenced in some way by Walpole (and, indeed, he owned Robert Walpole’s desk, c. 1725). The parallels are remarkable, of course: the house, the collection, the obsessive hunting down of objects, and the interest in Gothic. But Soane is more knowing about it, I think; he wants to pick and choose his Gothic, knowing what he is interested in and what doesn’t suit him. I like the idea of an architectural parody of Gothic, the invention of a Gothic persona, the satirising of a Gothic tradition. Yet perhaps later in life he did begin to develop a Gothic temperament, though, as he sat alone in the Monk’s Parlour after his wife’s death.