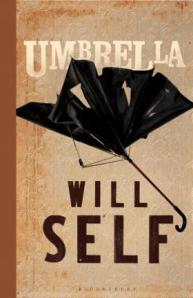 Will Self sets out his stall right at the beginning of Umbrella (long-listed for the ManBooker Prize), with an epigraph from James Joyce:  ‘A brother is as easily forgotten as an umbrella’. This is Modernism, with a capital M, reformed and recreated for the 21st century. This is not a populist novel: it is self-consciously well-written, clever, with a flexible chronology which bounces the reader back and forth between times and characters. The narrative is the stream-of-consciousness style employed by Joyce and Woolf, with the allusiveness and intertextuality of T.S. Eliot and Ezra Pound. It’s not the easiest read, but it is spectacularly well-crafted, aware of its own literary nature, and ought to be in the shortlist, in my opinion – even though there were moments when I wished I could be reading something else! What this novel shows, though, is that Modernism as a literary style is far from dead, and works as well now as it did in the early twentieth century.

The text is alliterative, allusive, and peppered with italics, which, I concluded, are mostly quotations: some from other works of literature (including slightly obscure poets such as George Darley) but others are from the characters’ own minds, quoting something someone else has said to them. Like Eliot, Self seems to litter his work with ‘found’ words, from the overheard to the highbrow (King Lear, for example, and, I think, E.M. Forster) to popular culture (The Kinks, the Beatles, ‘Woman’s Hour’ and Mary Poppins). The effect is actually very much like being inside someone’s head – when thoughts, echoes, words and conversations flit in and out of your mind 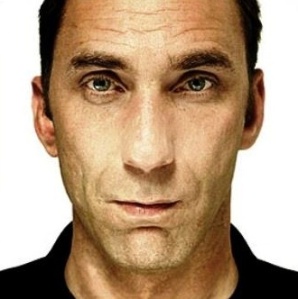 . Consequently, it is a novel where it should be easy to inhabit the characters, but, due to the complex structure of the narrative, it can take a while to get to grips with them, especially given that the italicised quotes give the impression of a multiplicity of voices, though in fact there are only two main ‘speaking’ parts. The main characters are Dr Zachary Busner, a psychiatrist in an institution, and Audrey Death, who has spent much of her life in the institution. The plot zooms between a present (the 1970s), Audrey’s past (early twentieth century – her childhood, adolescence and period working in a factory during the war) and Busner’s old age (presumably now). Audrey’s complex medical history, and the lack of care she has received (manifested by the mispellings of her name) are identified by Busner, and it is this relationship between the psychiatrist, his work and the catatonic patient which forms the heart of the novel, accompanied by the recollections of Audrey, apparently absent in her own present. Self’s relationship with London is always apparent: he describes it in loving, though not always loveable, detail and conjures up the city in different phases of its life.

The subject of madness lends itself to a diffracted narrative. It is intentionally baffling in many ways – just as you think you’re coming to grips with it, the thread of the story seems to draw away from you, but it comes back again – you kind of have to let it wash over you and I didn’t find it difficult to follow. This is challenging reading, though, that makes you concentrate and wants you to think – it’s marvellous to read something that doesn’t explain itself to you – but don’t be put off, it’s also somehow captivating, though somewhat bleak. I didn’t expect to like it but I did – it isn’t always exactly enjoyable, and if you’re looking for a feel-good read, this isn’t it; but it is modern literature at its verbose, discursive best. A particularly good example of the writing would be this phrase: ‘confirming the tight joins of the granite setts already laid out along the rule-straight roadways of his metropolitan mind’. I rather like it.

There’s a great ‘digested read’ on the Guardian website here if you don’t fancy the whole book!