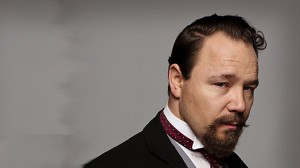 In my previous post on Parade’s End, I mentioned a Pre-Raphaelite connection. Having seen the second episode, this still seems very pronounced. As I said before, Ford Madox Ford, the books’ author, was the grandson of Ford Madox Brown. He wrote a biography of his grandfather, and was interested in 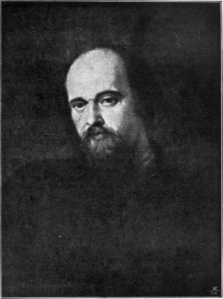 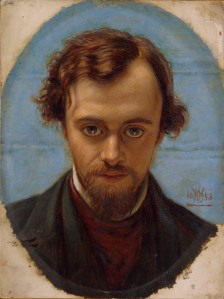 As I said before, I haven’t read the books (yet) so am basing this on the BBC series. It seems to me that Pre-Raphaelitism, and Pre-Raphaelite aesthetics, play a small but significant part in Stoppard’s adaptation, particularly in the production’s visual resemblances which reference Pre-Raphaelite figures. Tietjens’ friend Vincent MacMaster has written a biography of Dante Gabriel Rossetti; he refers to a range of poets and artists, and collects about him a literary social circle. McMaster, played by Stephen Graham in the series, seems to me to bear a surprising resemblance to Rossetti, as if he somehow embodi 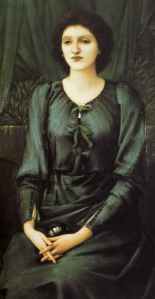 es a kind of essential Pre-Raphaelitism; he even calls his mistress ‘Guggums’, as Rossetti did with Lizzie Siddal. Moreover, MacMaster is the opposite of Tietjens’ ‘mealsack Anglican sainthood’; nobility is not for him – rather, he pursues art and love (and Edith Duchemin) with a gentle enthusiasm. Like Tietjens, he is a relic of a bygone era – but one with a more positive and happy outlook (although, I think, not necessarily with a happy ending).

Edith Duchemin, played by Anne-Marie Duff, married to a mad clergyman, falls for MacMaster, and shares his romantic, Pre-Raphaelite dream. She also seems to look like Georgiana Burne-Jones. As she stares dreamily, in melancholia or in love, into the distance, she looks like a Pre-Raphaelite muse, and sometimes behaves like one too – she could even be Jane Morris, trapped in a loveless marriage. Though her character may change in future episodes, so far she is hard-done-by, struggling, but on the brink of escape and happiness. It seems to me that 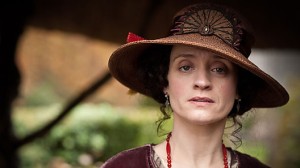 Parade’s End contrasts two very different types of Victorianism: the noble, suffering, somewhat martyred doing-one’s-duty Victorianism of Tietjens, denying his true feelings in favour of doing what is right; and that of MacMaster, living life fully, falling in love and acting upon it, with a kind of poetry i 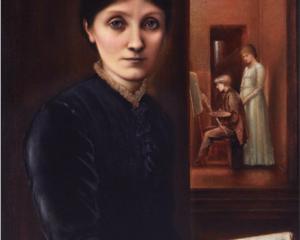 n his life of which, I think, Rossetti would have approved. Yet the ending will, I think, offer a way forward for Tietjens’ moral rectitude which the Pre-Raphaelite figures will not see; in the end, morality is stronger than Pre-Raphaelitism, which turns out to be all surface and no depth.