Book Review: Celestial Bodies: How to Look at Ballet

This book about ballet, by dance critic, writer and editor Laura Jacobs, is unlike any ballet book I’ve read (and I’ve read a few). The saying goes that writing about music is like dancing about architecture, predicated on the assumption that to express in words anything meaningful about an art form which does not rely on words, is pointless. Jacobs’ book shows very clearly the untruth of this: she uses words more expressively about dance than anyone else I’ve ever read.

To look at ballet with understanding is to feel it, to appreciate it, and to be able express those feelings. Jacobs writes about ballet with the ability to make us see and feel it, focusing on symmetry, balance, tension and opposition in movement, combined with the history, cultural context and details of particular, significant ballets. It’s quite difficult to describe this book, which is both comprehensive and pleasingly specific, as well as having a great deal to offer. I’ve seen quite a bit of ballet, I dance myself and have read a lot about it too, but I still feel that I’ve learned so much from this. And that is because of how Jacobs positions ballet as the ultimate interdisciplinary art form, one which can be looked at and even ‘read’ in multiple ways.

It’s fairly rare to read a non-fiction book where the prose delights, but this is one of those gems; even the description of first position, that most basic of foundations, is poetic. She describes movements thus:

If you mapped out the paths through which the classical dancer’s legs must always travel – on the ground (a terre) and in the air (en l’air) – you would see movement corridors that are akin to the orbital paths of celestial bodies: demilunes, ovals and ecliptic rings.

Jacobs’ writing about ballet is intense, metaphorical, vivid and full of movement. She’s not afraid to use one art form to illuminate another, and that is one of the most appealing aspects of this book. Of course a ballet is made up of movement, music, and artistic stage design, but Jacobs shows us how it also has rich parallels in poetry, history and painting. Lines from Eliot or Auden, references to Frankenstein, Woolf and Pygmalion, fill the text and show us how literature, in particular, is more of a sister art to ballet than we might ever have thought, illuminating not only plots but also movement itself. A step can be described in much the same way as a poem, according to Jacobs, who lightly outlines imagery, form, structure, rhythm, and uses the language of literary criticism to explain movement in a way which is utterly convincing.

The book discusses steps, such as the arabesque, in lyrical and beautiful meditations on movement, such as this:

So often arabesques do seem charmed, the levitational result of love’s intoxication or of sorcery and spells. The position can suggest a flying carpet, or cape-trailing gods and goddesses, or the winged hybrids that have attended empires – or creatures of myth and lore … Majesty and monarchy are resonant in the pose, which can be stately, statuesque, queenly … A stage full of arabesques is a royal garden, or, as in the opium dream in La Bayadere, Tibetan snow lilies multiplying in the mind.

This may seem fanciful, but it’s opened my eyes to a new, creative way of writing about 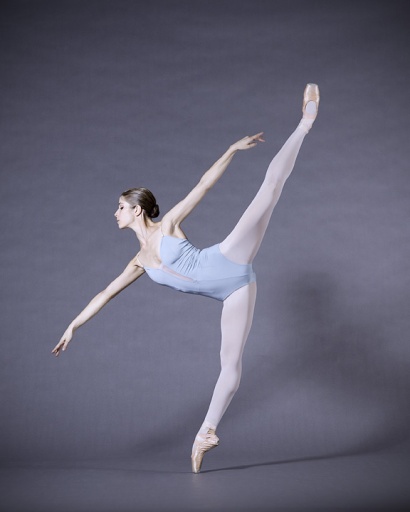 performance, an approach which needs to be handled carefully so that it doesn’t become too flowery, but which, when used with precision, can conjure the very essence of the form. Jacobs applies a similar approach to exploring the glossary of the programme, the genesis and performance of ‘breakthrough’ ballets such as Giselle and Le Sacre du Printemps, and the art of particular dancers. Factual history is combined with productive speculation and imaginative recreation of movement in such a way that the book moves seamlessly through eras and productions and steps, providing a ballet education that is a revelation whether you are a seasoned balletomane or a complete novice. This book has something to offer even if you’re not particularly interested in ballet, as a way of exploring an art form with appreciation, skill and – most importantly – imagination. It’s a pleasure to read.