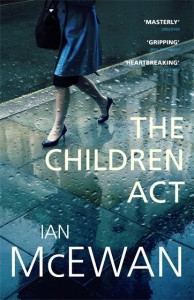 As the review of this book in the Guardian points out, Ian McEwan is fascinated by roles and institutions of authority, and how the playing of such a role affects his protagonists. In The Children Act, (which is a novella, really – I read it in an evening) we are invited to consider the intricacies of the life of a high court judge, both professional and personal. Fiona Maye is in her fifties, a distinctly-delineated character whose devotion to her work is only paralleled by her lack-lustre marriage to Jack, who wants to have an affair. Specialising in family law and with a history of difficult cases, she is haunted by the children who might have suffered from her decisions, and overwhelmed by the need to make the ‘right’ decision in the interests of children – whatever ‘right’ is. And this is the central question of the book: who gets to decide? Who knows what ‘right’ is? And ‘right’ in what sense?

The law collides with faith in Fiona’s next case, where a Jehovah’s Witness boy refuses a blood transfusion which will save his life. After meeting him, talking to him and agonising over her decision, she concludes that he is not old enough to make this decision, perhaps being unduly pressured by his family and church. I won’t spoil the novel by detailing what happens next, but the novel asks, ultimately, serious questions about what is important in life: relationships, art, career, faith? Are they reliable enough the build a life around? What happens when 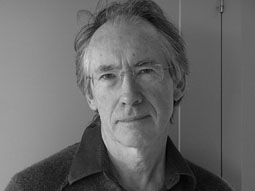 you lose one of the pillars which holds up your life? (Perhaps this is why, bizarrely, Amazon has categorised the book as ‘spiritual fiction’!) This uncertainty and questioning is played out against a well-researched background framework of topical legal issues (faith, the protection of children, the 1989 Children Act, etc).

It’s a novel with subtle shades as well as thumping great questions about life, but in some ways it feels flimsy: I wanted more – more detail, more of the characters, a more drawn-out plot. Nonetheless, it’s well worth reading for its often compelling prose, and for another, more unusual reason: in its unexpected exploration of psychology, considering what we value and how society constructs and reconstructs those values, it reminds me very much of Peter Shaffer’s play Equus. Here, a child psychologist, Dysart, is dealing with a troubled young man, Alan, and takes on Alan’s struggles himself, using the boy’s issues to explore – or repress – his own problems. Dysart concludes in many ways 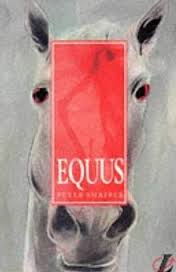 that the freedom Alan has in expressing himself mean that, though psychologically disturbed, Alan is somehow happier – freer of society, able to pursue something primitive and wild which means he is somehow more alive than anyone else. In many ways, this aspect and the trajectory of the relationship between authority-figure and troubled child is parallel in the two texts, though of the two, Equus is the more lingering, perhaps because of the more extreme images it provides on stage and even on the page. McEwan’s version is more restrained – no stabbing of horses’ eyes here – but almost more horrific, when life and death, love and faith are at stake.