In yesterday’s Sunday Times, Andrew Motion, in his role as head of the Campaign to Protect Rural England, writes about party leaders’ reluctance to commit to protecting greenbelt land. He also asks them for their favourite poems about the countryside. (You can read more about Motion’s interviews with the party leaders here). Their responses were: 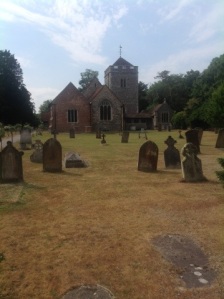 Cameron’s choice of Gray’s poem is not remarkable; he commented that it is a ‘magical’ poem which was a leaving present from his school – not surprisingly, since both were Eton men. The poem was once voted the UK’s most popular poem, and was also Gordon Brown’s favourite poem, though he more perceptively commented that the poem laments ‘talent wasted, potential unfulfilled and opportunities forgone’. It’s also a poem I love, but not one I’d describe as ‘magical’, exactly – it reminds us all to be humble, because ‘the paths of glory lead but to the grave’, and which reflects on the lives of those who are not ‘great’ in the world’s sense, but who have families to love and who love them, who appreciate home and hearth. While it is a beautiful (and very English) poem, Cameron’s choice of it seems a little glib; after all, though it’s set in a ‘country churchyard’, it is not so much about the countryside as it is about the fate of humanity and the choices in our lives. Here, the countryside is a setting rather than an intrinsic part of the narrative.

Farage’s choice – better known now for its musical version by Vaughan Williams (frequently voted the most popular piece in British classical music, so also hardly a radical choice) was perhaps chosen for dubious reasons, too: because the composer enjoyed a drink in “a country inn” – not unlike Farage himself, of course. The poem describes the beauty of the lark’s song, and is perhaps emblematic of an English summer evening, even indicating a symbol of the rural English way of life with which no doubt Farage would like to be equated.  The poem also suggests how the birdsong might touch the hearts of working men, worn down by the daily grind, ‘Because their love of Earth is deep’. It suggests that the bird can utter a divine song which is beyond humanity, which lifts our souls. I wonder how closely Farage engages with the words of the poem…?

Natalie Bennett’s choice is unsurprising, in its ‘green’ credentials (and also feminist, as this is one of the first poems published by a woman), but it is also the most surprising in that it suggests a level of genuine, personal engagement with the poem and the subject matter, nicely aligned with her politics, while the other politicians’ choices suggest a 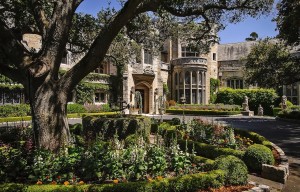 desire to be seen in a particular way. It’s a poem many won’t have heard of (do read it at the link above), and it’s also the longest; it eulogises a place where the writer ‘first obtained/Grace from that grace where perfect grace remained’, a country house where a community of women reside in perfect harmony. It is a learned poem, with references to other literary works, to classical myths, to Christianity, but most of all it is rooted in the beauty of a place, a sense of repose and confidence that all can be right with the world if we embrace nature and learn to live in peace with each other:

The trees with leaves, with fruits, with flowers clad,
Embraced each other, seeming to be glad,
Turning themselves to beauteous Canopies,
To shade the bright sun from your brighter eyes;
The crystal streams with silver spangles graced,
While by the glorious sun they were embraced;
The little birds in chirping notes did sing,
To entertain both you and that sweet spring.

I applaud Bennett’s choice and urge you to read the poem, and learn more about Lanyer and her work here.

Ed Miliband’s choice, ‘Jerusalem’, is perhaps the most well-known of the poems selected. Set to Hubert Parry’s music it is a stirring piece of patriotism sung at the Last Night of the Proms, though Motion comments that Miliband ‘is drawn to Blake as a visionary figure’. Blake was indeed a mystic, a visionary, a kind of mad prophet who foresaw doom and beauty through the lens of his obsessions, and I admire the man (Blake) intensely but wonder to what extent it is wise for Miliband to align himself with this. Blake’s poem seeks to set Heaven in England, its ‘green and pleasant land’, though the England of Blake’s poem is both idealised and demonised, divided between the ‘dark satanic mills’ and the ‘pleasant pastures’. How much is this a poem of the countryside? Not at all, in my view: while the ‘green and pleasant land’ line is often quoted, it is not explored in the poem, which approaches England from Blake’s urban perspective as a Londoner  exercised by the poverty and repression of those he saw around him, Perhaps it is this aspect of the poem Miliband wishes to resonate with readers, but the poem when sung is all too often seen as misguided and idealistic. However, it is also a call to fight – and was set to music as a way of boosting recruitment in the First World War – so perhaps it is this fighting, revolutionary spirit which inspires the Labour leader (reflected in the singing of ‘Jersualem’ at the end of Labour Party conferences).

The shortest poem by far is Clegg’s:
He who binds to himself a joy
Does the winged life destroy;
But he who kisses the joy as it flies
Lives in eternity’s sun rise.

Blake’s ‘Eternity’ is as brief as the life which it commemorates (Motion acerbically comments that perhaps Clegg ‘is subconsciously steeling himself for disappointment’). In a short space it constructs a conundrum – that if we focus too much on our pleasures they will fly from us; we cannot hold onto beauty or happiness, but must embrace them while we can and then allow eternity to take over. The sun rise with which the poem concludes suggests another fleeting joy, but one which will return, inevitably, though we may not always be there to see it. It is a poem which – in the context of a broadly Christian world-view – attempts to balance the pain and pleasure of human life. Though a short poem, it’s a thoughtful one. There’s a great post on ‘Eternity’ here.

The party leaders are well-educated, and acquainted, one would hope, with a reasonable range of poetry. Why did they choose these poems? How much thought did they really give it? I think these things can be telling, though, and in fact my opinion of some of them has slightly shifted due to their poetic choices. I have no doubt that these are political, as well as poetical, choices, and I wonder how these potential future leaders will live up to their poems.